how can we help you?

Contact us at the Consulting WP office nearest to you or submit a business inquiry online.

Maybe The States is not the best place to be for crypto traders.

One college student turned his $5K investment into $880k but now says trading “ruined” his life as he’s facing $400k in cryptocurrency taxes.

FROM BIG PROFITS TO A TAX NIGHTMARE

An anonymous college student recently posted on Reddit to solicit advice about what to do while they face a massive tax bill in the wake of cryptocurrency trading.

After “hitting 10x’altcoinsiple alt coins,” the college crypto-trader eventually turned the $5k investment “all the way up to an $880,000 portfolio in December 2017.”

Big downturns with digital currency prices, and gambling “in more than a few bad ICOs to start 2018,” has led to a current portfolio value of $125k.

However, the “clueless college kid” now worries if their life is over because they are facing an estimated 2017 tax liability of around 400k.

In the post, the student admits they neglected to allocate money for taxes because “they really never do teach this stuff.”

The post came with an accompanying link to the 1099-K Coinbase reported in the spring. 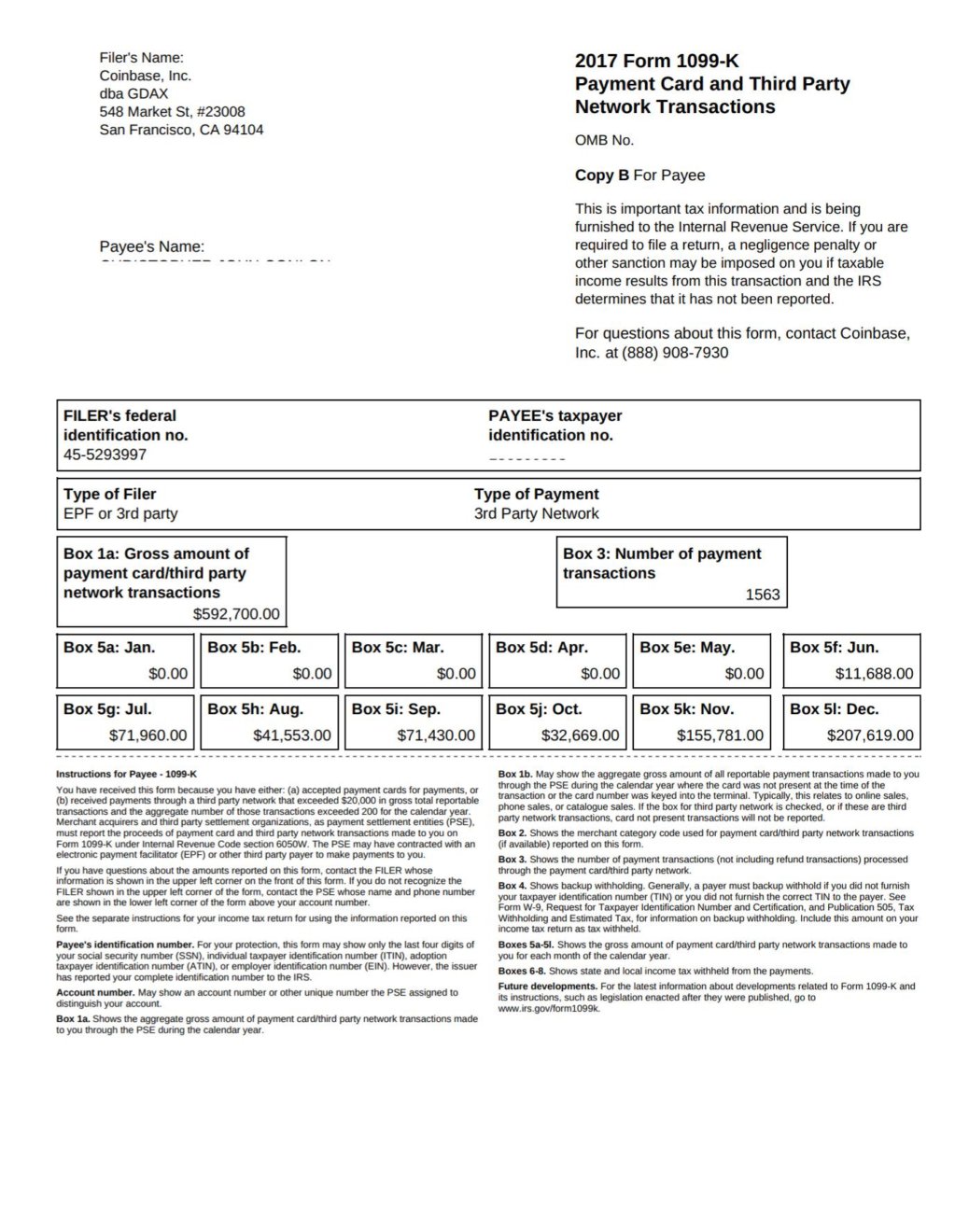 According to the student, all of the activity was crypto-to-crypto trades, and they did not “ever cash out to fiat and transfer any USD into my bank accounts from these tradings.”

Writing under a throwaway account, the college student asked the Reddit community for advice because they have not paid any taxes or filed returns for 2017, and are working a $12/hr part time job at Barnes & Noble.

Comments on the post were a mixture of pragmatic and grim. One person recommended to get “a taxprofessional and stop wasting time trying to get free advice.”

Another user, who said they have “done a number of cryptocurrency returns” said the situation would “not be a high point in your life, but you will get through it.”

They recommended to stay away from “questionable accounting methods” and to work with an accountant to file a tax return ASAP, with a suggestion to possibly work out an installment agreement, or an Offer in Compromise with relevant authorities.

CRYPTO TAXATION IS A TRICKY SUBJECT

Navigating through taxes when it comes to buying and selling cryptocurrencies has been a contentious talking point.

In April, Tom Lee of Fundstrat Global Advisors estimated a massive crypto-selloff by the middle of the month would likely lead to a capital gains tax bill of $25 billion for those in the United States.

Around the same time, Bitcoinist reported on a Twitter poll asking respondents in the United States about cryptocurrency taxes. 19% of the 9,339 respondents said they “already filed and paid,” but 53% said “they’ll never catch me.”

97 people are talking about this

Last week, former U.S. Congressman Ron Paul argued in a blog post that exempting transactions in precious metals and cryptocurrencies from taxes would be some of the first steps to “end our monetary madness.”

Mainstream Acceptance of Bitcoin is Almost Certain, But We’re Not There Yet

Gold rush in the blockchain era.It’s never to late to learn and get in now.Learn and get in, not just get in, without learning.Always good […]

Welcome to the “future” (for most)Welcome to the “present” (for some)It is the inevitable, no? China to Start Using Blockchain to Collect Taxes and Send […]